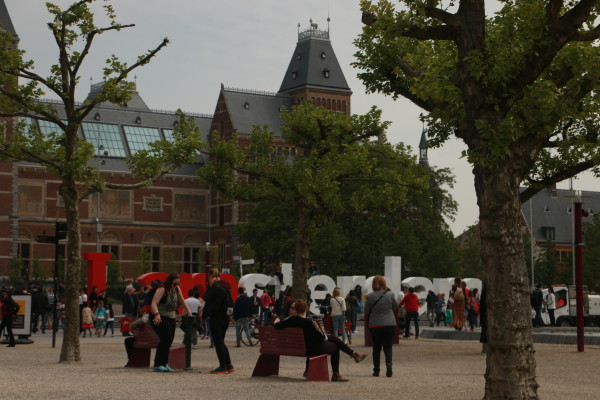 This project has made me pay more attention to concepts such as multiculturalism, integration, inclusion and social cohesion. I met with Dr. Daniela Vicherat Mattar who is Assistant Professor in Sociology in the Global Challenges Program of Leiden University College to ask her about her perspective about these subjects. We also exchanged some of our experiences as Latin American immigrants in the Netherlands. I will be sharing our conversation in different posts. I invite you to participate in it through the Facebook page of the project.

Gabriela: Throughout the process of this project, I’ve been paying more attention to the way we use in society words such as multiculturalism, integration or social diversity. What is the difference between them?

Dr.Daniela Vicherat: Diversity and multiculturalism are different. Diversity isn’t only cultural, there is diversity everywhere: in the legal systems, political systems, diversity in the ideas about nature, different bodies and bodily experiences, etc. Diversity transcends our understanding of culture, although we tend to focus much more on how diverse we are in cultural terms, we are very diverse in many other aspects (of course you can contest this if you presume all is a cultural construction).

In  2011 some European ministers made the public statement -almost as if they had agreed- that multiculturalism had failed and therefore societies needed to return to promote and defend their national values. From my point of view this was more of a political strategy that has nothing to do with ‘multiculturalism’ as a failed experience, but with the failure of the state as motor for social cohesion. Look at the major cities in Europe, but also small scale cities, like The Hague, they are all very “international” cities, and in that sense they are very diverse and multicultural cities.

So, in practice what does it mean to say that multiculturalism has failed? Perhaps the states failed to promote social cohesion and the full inclusion of those citizens who were legally recognized as part of the citizenry, but who do not fit into the national stereotype (either because of their race, religion, or a general condition of vulnerability). But that is a failure of the state and its policies of social cohesion, in the midst of a financial crisis and shortages to the welfare provisions, it is not a failure of the multicultural society: just take a walk and see how diverse our cities are, how many different cultures coexist, and how they mix.

What is problematic is to think about integration in terms of assimilation. That is not social inclusion. That only serves to strengthen nationalistic discourses in defense of national values and stereotypes, as if foreign groups would not be constitutive of the nation or would not be able to join. But that is a myth, because societies in Europe have been built up by the presence of migrant and foreign populations.

It is a very complex historical moment because many questions have been focused on what the national values are. In this particular case, what does it mean to be Dutch? Who are the Dutch? This is a conversation that comes up with in class frequently. When you ask the students to look at themselves and compare what they see in the classroom with the Dutch stereotype they themselves recognize many dissonances. When I was their age for me the Dutch were all tall, blond and with blue eyes, without exception. Now, if I look at my Dutch students, many are still fitting the stereotype, but the vast majority are not. 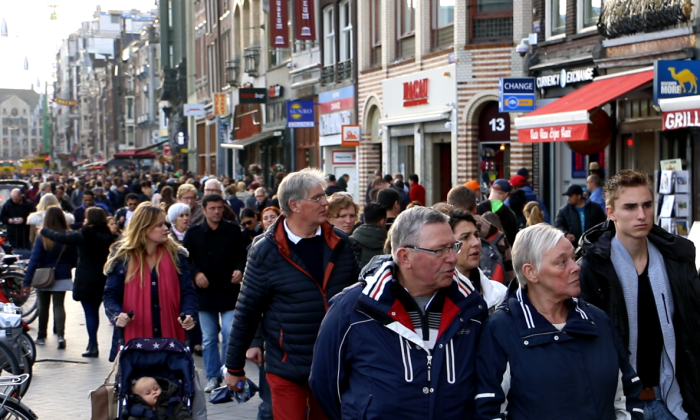 So you asked me about multiculturalism, originally it implies different cultures coexisting, although it is not assumed these cultural groups mix, but that they co-exist. I’d rather say that multiculturalism is very much alive, but might have failed at the attempt to foster intercultural dialogues and the mixing of people from different cultural backgrounds. That is progressively being attacked. The question is then what is the border-line that makes us distinguish ourselves from the others in such a radical way, how are the “us” and “them” categories defined?

I think it is highly determined by the socio-political and economic context… Think about the difference between the categories of immigrants and expats in The Netherlands today: all are de facto migrants, but labelled and conceived with different criteria of inclusion, the former more negatively than the later.