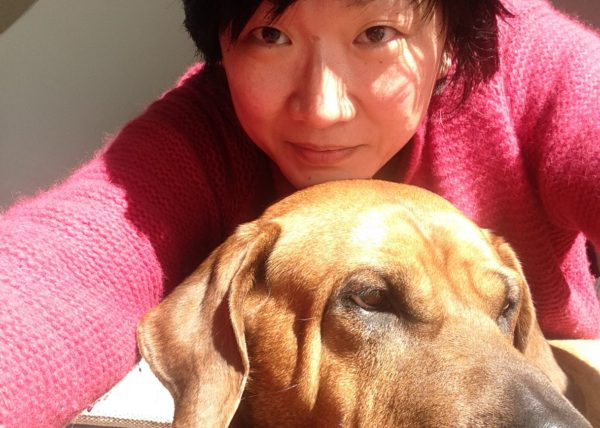 …said Jenny Ho, whom I was fortunate to meet a few weeks ago. Jenny is a sociologist and co-founder of the China town Amsterdam Foundation. During our conversation I felt like a knew her for a long time. I enjoyed how she asked me interesting sharp questions. Her answers to my questions also challenged assumptions I’ve made about China and about being Chinese. This inspired me to try out different ways to approach this subject. I wish I had more time to write about many of the things I took from our conversation about this project. Here below I share with you some parts of it.

One of my goals with the To Kiss or Not to Kiss project is to represent- by using the iconic souvenir of the Dutch kissing couple – Interculturality as a cultural value of the Dutch society. What are your thoughts about this concept idea?  In what ways do you think Dutch-Chinese people would perceive this product?

I understand the concept and why you want to do it. Just the way it is depicted with the costume does not convey a sense of familiarity with me. The costume does not represent how I feel as being Dutch, coincidentally with Chinese roots. I find it difficult to say how Dutch-Chinese will react. There is no such thing as the Dutch-Chinese. The Chinese group in the Netherlands is not a homogeneous group. There are Chinese from Hong Kong, Suriname, Indonesia, Singapore and mainland China. Each of them have their own cultural and historical background. They are really different from each other. In addition to this, there are also second and third generation of Chinese who were born and raised in the Netherlands (as I have been) and therefore have a different relationship with the Netherlands. Having said this, there are also individuals who do not really feel at home in the Netherlands so their gaze is more towards Hong Kong and / or China. This is different for everyone, this is why I find it very difficult to speak about the Chinese in the Netherlands.

What is your relation now to China and to the Dutch-Chinese community in The Netherlands?

Personally I don’t have a ‘connection’ with China. My parents are from Hong Kong and therefore we don’t have too much connection with mainland China. Hong Kong has been a British colony for a long time, so we have more connection with England than with China. Besides this, my parents used to have the British citizenship, so this also defined their identity. There is no longer a Dutch-Chinese community as there used to be. In the past there was a real ‘Chinese’ community. For example around the Nieuwmarktbuurt in Amsterdam or Katendrecht in Rotterdam. All sorts of errands were done in these areas where people helped each other. This eliminated the need to learn the Dutch language. The generations after were born here in Holland and have therefore become part of the Dutch society. This makes me go back to my answer to your first question. There is not a ‘uniform’ Chinese community.

From your perspective, what are the ways that the Chinese culture has influenced Dutch culture?

Especially the introduction of the Chinese-Indonesian restaurants. The Chinese around the corner are now dying out, but for a long time they have been a real part of the Dutch culture and society. There used to be a Chinese restaurant in every village. Well, the food has been adapted to the Dutch taste, of course.

During our conversation you mentioned the idea of co-designing this product with children. Why do you think this would deliver more meaningful results?

Your goal with the project is to create a dialogue and listen to each story with the kissing couples as a means. I therefore believe that it is just as interesting and fun to ask children how they see Dutch people and visualize that outcome in the dolls. The representation of the different cultures through a traditional costume is an assumption you have made that “groups” would identify themselves with it. People are therefore once again placed in a box while they might not think that they belong in it. If you want an open dialogue, and open perspective would come from children who are completely open and eventually they are the future. Adults are so burdened with all sorts of baggage and experiences, it seems a very difficult and complex task to ensure that everyone can identify with the new ‘Dutch Kissing Couple’. By using the perspective of the children, you can broaden the gaze of adults in a positive way. In addition, I think this is a very good project for the children to reflect within the context of citizenship.